The timeless silhouette of a designer, dressed in black, arrives at the coffee hideout. Long before oiled Hipster beards dictated cool designer outfits, men and women signalled their dedication to minimalist design with their all-black wardrobe.

Like me, Ken quietly and intuitively carved a design career path by exploring interesting ideas and technology.

‘I studied graphic design during the desktop publishing revolution in the ’90s. Adobe Pagemaker, QuarkXpress software were the publishing tools during the transition from analog to digital. I started using Photoshop version 1.0.

‘Typically a graphic designer would get into corporate design; annual reports, logos and branding, but I was more interested in interactive multimedia’, Ken explains.

‘I created 3D virtual reality presentations of corporate office buildings. I was pushing the boundaries of what the technology could do back then.

‘Multimedia transitioned to what was at the time, the ‘Wild West’ of the early web. With few established guidelines, web designers were building all kinds of interfaces to create a point of difference, to appear clever. To me they seemed to be playing with their customer's web sites, almost creating puzzles.

‘I noticed that heavily designed web sites often had unusual interaction methods so a visitor literally had to learn how to use it. Not exactly intuitive. And the problem wasn’t only with the designers. Often the business wasn’t thinking about why they were getting a website built; how it would serve their customers, how they would get a return on their website investment. (For fun, here's a rather painful look at the first web browser emulator.)

‘They just wanted the biggest flashiest animated internet commercial because they’d seen some other company had one. Many designers were happy to take the money and build essentially vanity sites.

Designers would almost say ‘just give me your money I'll do whatever you want’. Remember, this was a time when companies had website launch parties. It was a new and exciting frontier, full of cowboys.

‘But I was always focused on the ‘why’ and ‘for whom’ I was building something. It helped me as a designer to understand the context of the product I was creating. How my work solved business problems.

‘I discovered while building interactive multimedia that if I use the same interaction models and the same patterns, then my clients wouldn't have to learn how to use the presentation. Multimedia is essentially custom software.

And from that realisation, I researched and developed standard interaction models. I discovered that Apple had Human Interface Guidelines for the Macintosh and used them as a baseline to design and build consistent discoverable software.

‘In the late 90s, I started my own business, consulting to several companies in urban and waterfront property development, primarily doing 3D multimedia and database driven website projects.

‘Why’, is what led me to be interested in user experience (UX). In UX it's having empathy with the user to solve their problem with this piece of software that I'm designing or with this presentation that I'm building. ‘I'm not sure if UX existed as a discipline at the time, but to some degree, I was using the principles by working to understand the customer.

There wasn't as much documentation available on human-centred design so I was a little bit on my own.

Before Google, I relied mostly on books.

‘In the mid-2000’s I was invited to form a tech startup with a focus on business sales process transformation. I took on the role of Product Manager, assembled and lead a development team and designed a piece of software that combined analytical and soft systems methodology into a sales process workflow. Our solution involved interactive workshops rather than the usual PowerPoint presentations. It was a complicated problem we were trying to solve.

‘I focused on understanding the customer, and the value of prioritising software features by impartial metrics. For each bug or enhancement, identifying the magnitude of the problem, which is frequency multiplied by severity.’

‘One of the goals of UX is that software must be intuitive. In my opinion, something's only intuitive if there's an existing interaction model that a user can relate to. Or if you're extending an existing model.

And this is where consistency is important. Wherever possible, I use the same interaction method to perform the same type of task. That requires an overview of the whole system to identify similar tasks.’

‘I was later approached by another organisation who required a user experience consultant.

Yes, there was this thing called UX, and as it turns out that's more or less what I'd been doing for 20 years!’ Ken laughs.

I share his passion for UX design and creative endeavours. We both believe technology serves human needs by making something complex elegantly simple to interact with.

I query his take on artificial intelligence (AI) given that his work is at the intersections between human input and technology output.

‘AI is machine learning and essentially pattern recognition. In the same way, as humans have an interactive heuristic approach to learning. Currently, I'm designing a user interface for highly skilled geologists to do things that in the future will probably be completed by machine intelligence.

‘We need an interface for the humans at the moment because AI isn't at a point where it can do this very well.

‘For example, Geologists out in the field, are still tapping on a little mobile device to input information. They will eventually guide and train the system, rather than doing the work themselves. Until we get drones and AI for resource sampling, people will need some way of interacting with the system.

‘The other side of the application of machine learning is interaction analysis. For example, using AI to analyse behavioural data around how well the software enables people to perform tasks.

‘At some point, I expect we’ll have the automated Mine of the Future where exploration, sensors and the drills are fully automated. Surface sampling, rock chip sampling and the core scanning will be automated.

‘Even then we’ll still need human beings to make decisions based on the information in the system. For the mining industry, there'll always be a requirement for UX of some kind, even if it’s just the reporting and interpretation of data.’

I want to know more about Ken’s creative balance, so I ask him what he does for fun.

‘I build things out of wood. I like designing and making things. I see myself more as a problem solver. I would say, I'm more aesthetic than artistic. I'll focus on options to solve a problem rather than being inspired. I have to work hard at developing options, using problem-solving techniques.

‘I'm a designer, a problem solver and not an artist, I don’t see myself as creative.’

I raise an eyebrow or two at his self-definition.

‘Some people are highly creative. My sister is artistic, she paints and does all of those things.

Technically I’m competent at painting and drawing, but I don't have an artistic soul.’

‘I see myself as more of a person who is patient and methodical. I will explore options and solve the problem. But I don't as often have the creative spark to do that.

I ask Ken about the problems he solved lately using wood. 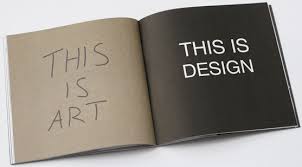 ‘Jewelry boxes for my family’, he smiles.

‘It was about coming up with a way to repurpose some leftover floorboards into something fine and elegant. In my younger days, I worked in timber roof construction which is a very different scale.

‘Fine joinery work requires a different approach and so I use lots of careful methodical sanding, cutting and routing.

The attention to detail required is like a meditation.’

For the last eight years, Ken also regularly exchanges his black designer uniform for the Army Reserves infantry greens. As a Corporal, Ken trains soldiers to support the whole of government response to crises like the recent bushfires.

‘It’s a commitment to be part-time in the Reserves as well as being full-time employed. My employer is supportive of my Army commitment so I am careful to balance priorities. I average between 50 and 80 days service a year.

‘The reason I enjoy the Army so much is that it’s a challenge in total contrast to my day job. We are required to maintain a high standard of fitness.

Running helps me clear my mind as I'm pushing through that physical barrier and it sets me up for the day to feel sharper.

In the Army, I’m often working with people who are half my age and that keeps me motivated. By maintaining a high standard of fitness I also set an example to younger soldiers.

‘Every person in the army, from cooks and truck drivers to infantry are at their core soldiers, who go through the same basic training before gaining specialist skills. And each discipline in the Army reserves is highly trained and skilled. It’s amazing to me how much knowledge and experience the people I work with have. And this is just their part-time role. Most reservists have a full-time career as well.

‘A downside is the risk of being potentially hurt on deployment. And that's just something that a person has to come to terms with; I'm comfortable with that.

‘I'd highly recommend the Army Reserves to anybody; it's incredibly rewarding.’

Ian and Erick focus on the eye of the beholder